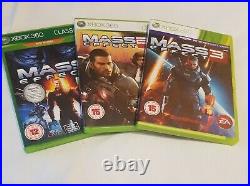 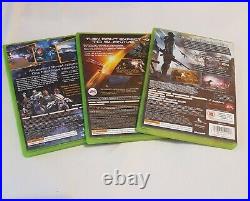 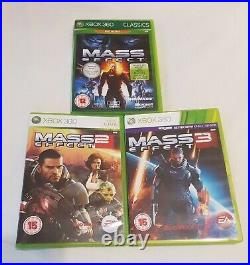 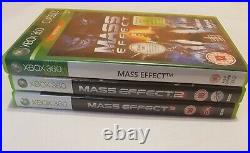 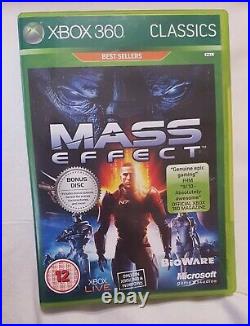 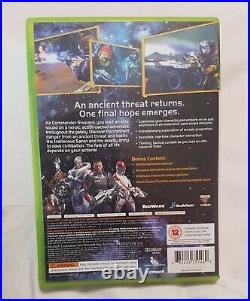 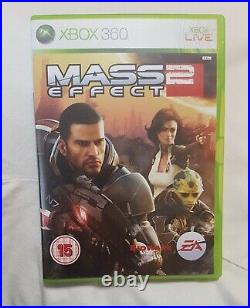 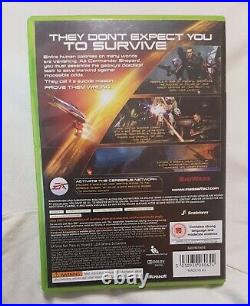 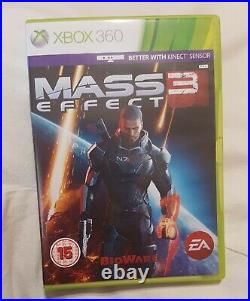 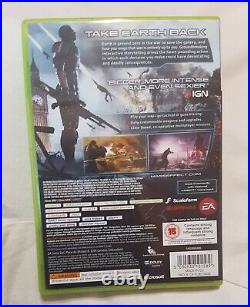 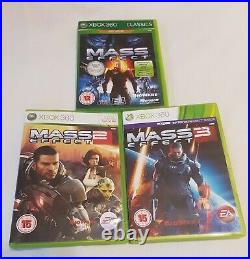 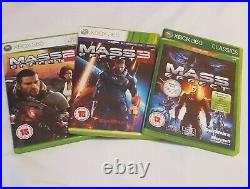 As commander Shepard you lead an elite squad on a heroic action packed adventure throughout the galaxy discover the imminent danger from an ancient threat and battle the tratorious saren and his deadly army to save civilisation the fate of all life depends on your Actions. Mass Effect 2 (2010) (15) (2 Disc). They Don't Expect You to Survive. Entire human colonies on many worlds are vanishing as commander Shepard you must assemble the galaxy's deadliest team to save mankind against impossible odds they call it a suicide mission prove them wrong.

Mass Effect 3 (2012) (15) (2 Disc). Earth is ground zero in the war to save the galaxy and how you were that war is entirely up to you ground-breaking interactive storytelling drives the heart pounding action in which each decision you make could have Devasting and deadly consequences. Wear And tear on Front And Back of Covers. Marks and Scratches on Front And Back of Booklet.