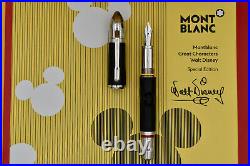 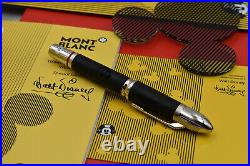 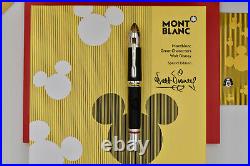 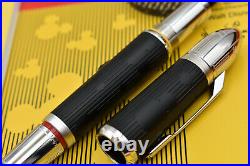 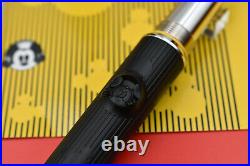 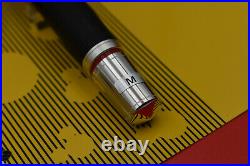 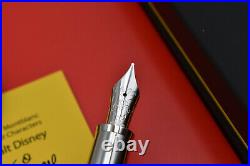 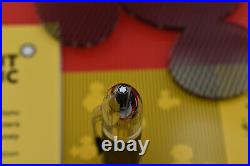 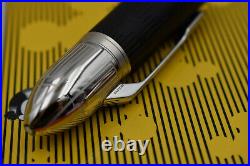 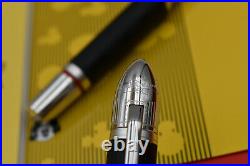 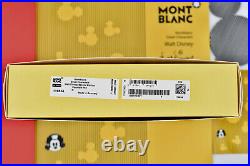 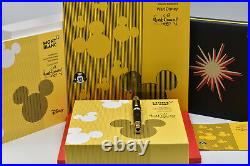 MONTBLANC Great Characters Walt Disney Special Edition Fountain Pen M. I do not make films primarily for children. I make them for the child in all of us.

Its kind of fun to do the impossible. The Montblanc Great Characters 2019 edition is honoring Walt Disney.

For generations, Disneys creations have been an invitation to open the door to the escapist world where fantasy reigns supreme. The name Walt Disney is forever bound with the art of film animation and American movie history. An empire of unimaginable proportions grew out of his initial idea to perfect the technique of making cartoons. Born in 1901 in Chicago, Walter Elias Disney became one of the most influential and most revered film producers of his time.

Thanks to his pioneering spirit and inventive ability. The overall shape of the writing instrument is inspired by the legendary Monorail system.

While colors are a reference to the original poster from Steamboat Willy (1920) which depicts Mickey Mouse. The cap and barrel in matte black precious resin feature several hidden Mickeys and the signature of Walt Disney can be found on the cap top. A major significance in Disney's early career is celebrated with a set of coordinates engraved on the cone. They give the position of the garage belonging to Walt Disney's uncle, where Walt Disney and his brother constructed a camera stand. It comes with all original boxes and papers (blank).

The pen has never been used nor inked. Cap and barrel made of matte-black precious resin decorated with the image of Mickey Mouse. 3D portrait of Mickey on the barrel. Cap top crowned by Montblanc emblem in resin. Shape and engraving of the cap refer to Disney Monorail. Engraving of Disneys signature on the cap top. Yellow and Red rings inspired by the traditional colours of MMs wardrobe. The writing instrument's clip refers to the smokestack on the boat in Steamboat Willie. Set of coordinates engraved on the cone. Handcrafted rhodium nib made of Au 585 solid gold engraved with dawing of Mickey.

We use only high quality materials such as double wall cardboard boxes, extra large buble wrap, polypropylene packaging tape, pvc pipe with high resistance. The attached photographs are to be considered part of the description. We are at your disposal for any further information.

We usually reply messages within the same day, but please allow do bear in mind that our time zone differences might cause a slight delay. The item "MONTBLANC 2019 Great Characters Walt Disney Special Edition Fountain Pen M" is in sale since Friday, May 29, 2020. This item is in the category "Collectibles\Pens & Writing Instruments\Pens\Fountain Pens\Montblanc". The seller is "erfobay" and is located in Paris. This item can be shipped worldwide.