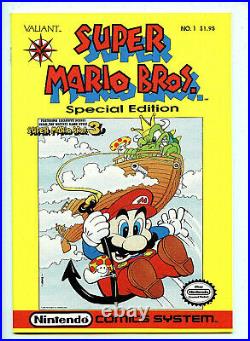 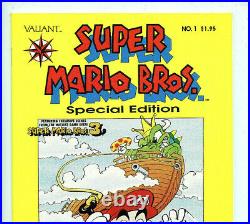 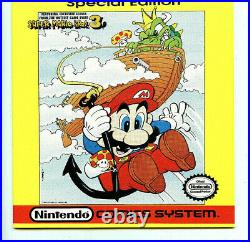 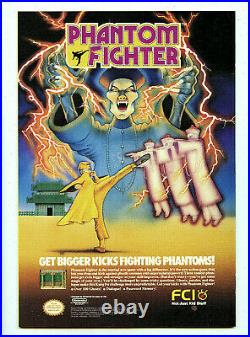 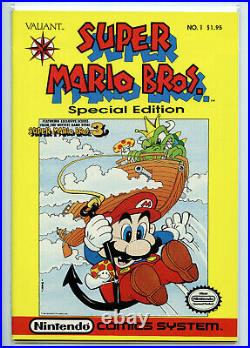 There is a debate as to which book was the 1st published by Valiant. In our opinion there are 3 possibilities, Super Mario Brothers with White cover, Super Mario Bros Special Edition and the Legend of Zelda.

The books were published in 1990 and released in the same month. Many sources believe Super Mario Brothers was the 1st printed Valiant book. Pics are of the actual book not a stock pic. One factor that limited the condition on these book was the cardboard cover and staple. The cardboard cover was very difficult to fold over at the factory and still get the staple correct.

It was also a very small print run. Our copies are from our original distributor order and have been stored in our warehouses since 1990. Jim Shooter and Steve Massarsky formed Voyager Communications in 1989 with significant venture capital financing. Valiant Comics was started by Voyager Communications, Inc. The first books produced under the Valiant logo were for Nintendo and professional wrestling licenses.

In 1991, Voyager introduced the Valiant Universe. The first Nintendo Book was Mario Brothers. The Valiant Universe, later called VH1 (Valiant Heroes 1), was launched with Magnus Robot Fighter #1 in early 1991, its 2nd Superheros book was Solar. American Icons Collectibles a subsidiary of Cosmic Dreams Unlimited. Add Me to Your Favorite Sellers. Search For Items At American Icons Collectibles Search titles and descriptions. The item "Super Mario Brothers #1 Special Edition Comic NM Nintendo Valiant 1990 F5" is in sale since Monday, March 9, 2020. This item is in the category "Collectibles\Comic Books & Memorabilia\Comics\Comics & Graphic Novels". The seller is "amricons" and is located in West Sacramento, California. This item can be shipped worldwide.