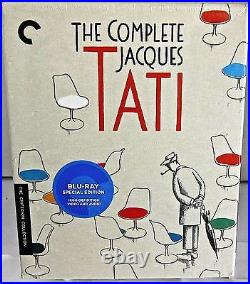 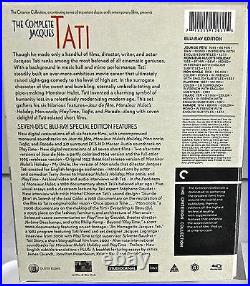 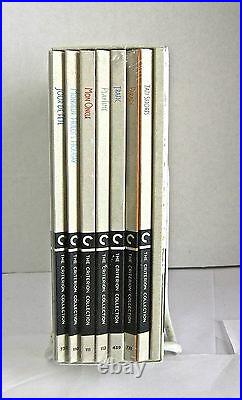 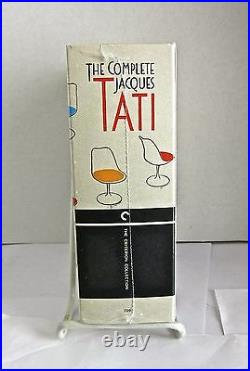 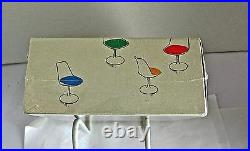 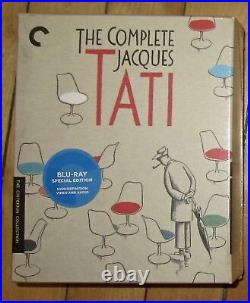 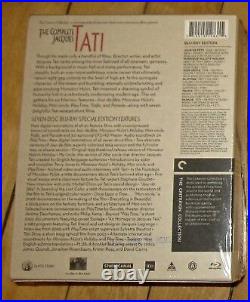 Things perk up when a traveling carnival arrives in town. The narrator in the film exhorts, Rapidite, rapidite. Francois takes up the call, and attempts to Americanize his work style. Intriguingly, Tati originally shot this film in two simultaneous processes - a black-and-white one and an experimental color one called'Thomson-Color' - but was forced to release the black-and-white when he ran into problems printing the color film; he subsequently tinted select sequences, then in the late 1990s his daughter (a film editor) prepared and released a color version of the entire movie.

2 Monsieur Hulot's Holiday (1953) 1 movie, 2 cuts. Monsieur Hulot, Jacques Tati's endearing clown, takes a holiday at a seaside resort, where his presence provokes one catastrophe after another. Tati's masterpiece of gentle slapstick is a series of effortlessly well-choreographed sight gags involving dogs, boats, and firecrackers; it was the first entry in the Hulot series and the film that launched its maker to international stardom.

3 Mon Oncle (1958) Approximately 110 Minutes. In Jacques Tati's first color film, he again plays Monsieur Hulot, a man of simple means living an uncomplicated life. The home of Hulot's sister and brother-in-law is ultra-modern but holds no appeal for Hulot's nephew.

So, the boy enlists his uncle's help in waging war on the modern world. 4 Playtime (1967) Approximately 145 Minutes.

Hilarious, dazzlingly inventive comedy in which Mr. Hulot tries to function in an unrecognizable Paris of modernistic glass-and-steel skyscrapers. The bumbling Monsieur Hulot, kitted out as always with tan raincoat, beaten brown hat, and umbrella, takes to Paris's highways and byways. In this, his final outing, Hulot is employed as an auto company's director of design, and accompanies his new product (a "camping car" outfitted with absurd gadgetry) to an auto show in Amsterdam. Naturally, the road there is paved with modern-age mishaps. This late-career delight is a masterful demonstration of the comic genius's expert timing and sidesplitting knack for visual gags, and a bemused last look at technology run amok. For his final film, Jacques Tati takes his camera to the circus, where the director himself serves as master of ceremonies. Though it features many spectacles, including clowns, jugglers, acrobats, contortionists, and more. Also focuses on the spectators, making this stripped-down work a testament to the communion between audience and entertainment. Created for Swedish television (with Ingmar Bergman's legendary director of photography Gunnar Fischer serving as one of its cinematographers). Is a touching career send-off that recalls its maker's origins as a mime and theater performer. Arguably worth the set is the unstated title piece''Playtime made by Director Tati in 1967, long OOP as a single Edition DVD from Criterion.

Archival video and audio interviews with Tati. In the Footsteps of Monsieur Hulot, a 1989 documentary about Tati's beloved alter ego. Five visual essays and a classroom lecture by Tati expert Stéphane Goudet.

Everything Is Beautiful, a 2005 piece on the fashion, furniture, and architecture of Mon oncle. Selected-scene commentaries on PlayTime by Goudet, theater director Jérôme Deschamps, and critic Philip Kemp. Tativille, a documentary shot on the set of PlayTime.

Date of Release: Oct 28, 2014. We truly want you to feel our store is open to orders no matter where you are.

Or any other carrier in other nations. We are committed to doing all possible to get great cinema to you no matter where you are. It may be we simply'excluded' your nation without good cause, or we may perceive some problem in your own postal system. In any event, we will always do our utmost to find a way to serve the whole of the public worldwide. About us: We began our online shop in 2011, and have striven since that time to follow all of the good principles and ethics that good merchants everywhere have abided by since time immemorial.

We have tried, and will continue to try to incorporate all of the values of those better run small merchants that once lined our city streets. We know our customers by name and location. None are as but a reference number to us.

We hope that you will find it a pleasure doing business with us in every respect! This item is in the category "Movies & TV\DVDs & Blu-ray Discs".llc" and is located in this country: US. This item can be shipped worldwide.