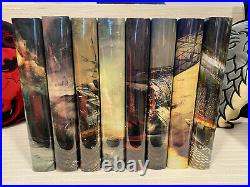 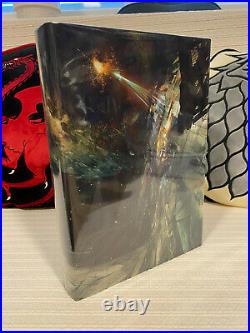 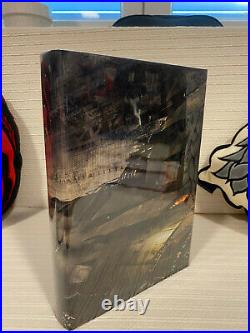 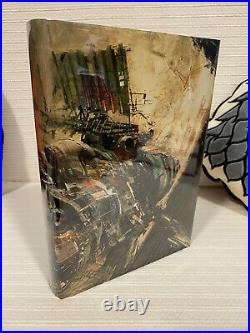 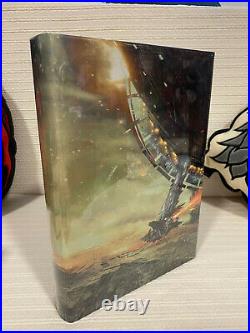 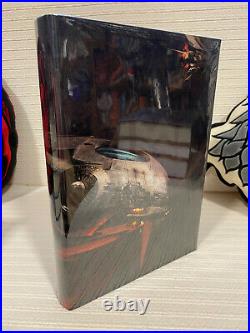 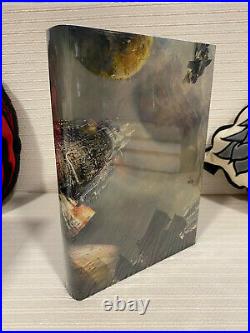 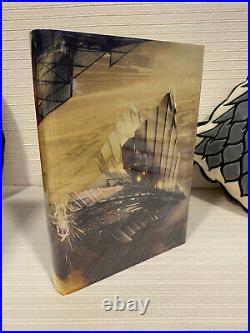 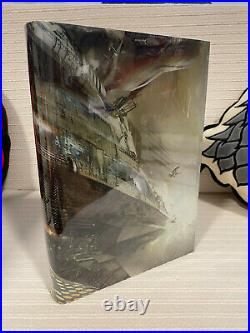 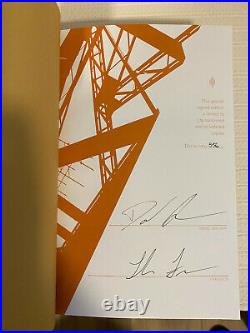 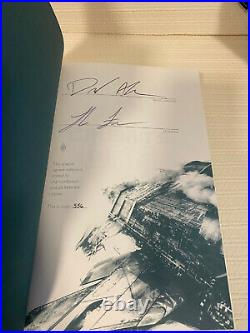 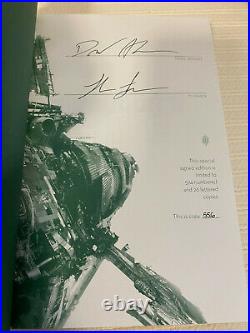 THE EXPANSE COLLECTION - 1-8 BOOK (number 556). And also the rights for the number 556 for any new book in the series. First Edition / First Printing. Hardcover / Dustjacket - Like new. Books are new and unread.

This was limited to only 574 signed and numbered copies. Signed by Daniel Abraham and Ty Franck. Comes from a pet and smoke free home.

All my books are stored in a private library with controlled environment. All books dustjackets are protected with mylar foil. There is no sunlight, the humidity is 45-50 % and the temperature is always between 22-24 C. Also there is no dust because of the constant air filtration.

Check my other offers I have a lot collectible and limited books. Regarding the quality of my services you can check my feedback ratings.

The Expanse is set in a future in which humanity has colonized. Much of the Solar System. But does not have interstellar travel.

Travel over the vast distances between planets of the solar system has been made possible with the "Epstein drive", though the G-force. Exerted during acceleration is debilitating without the use of special drugs. And beyond, tensions are rising between Earth. The residents of the outer planets have developed a creole language. Due to their physical isolation to Earth and Mars.

The series initially takes place in the Solar System, using many real locations such as Ceres. In the asteroid belt, several moons of Jupiter. The most developed, and small science bases as far out as Phoebe. As well as well-established domed settlements on Mars.

The authors have suggested that The Expanse might well take place in the future of Andy Weir. However, Andy Weir has publicly clarified that he himself had no intention originally. As the series progresses, humanity gains access to thousands of new worlds by use of the ring, an artificially sustained Einstein-Rosen bridge.

Created by a long-dead alien race. The ring in our solar system is two AU. From the orbit of Uranus. Passing through it leads to a hub of starless space approximately one million kilometers across, with more than 1,300 other rings, each with a star system. In the center of the hub, which is also referred to as the "slow zone, " an alien space station.

Controls the gates and can also set instantaneous speed limits on objects inside the hub as a means of defense. Please pay promptly, as unpaid item cases now automatically open after 3 days. THE PACKAGE IS VERY HEAVY cca 9 kg. All items are given the respect they deserve. T use padded mailers / envelopes.

The item "The Expanse COLLECTION SIGNED Limited numbered edition" is in sale since Monday, June 28, 2021. This item is in the category "Books, Comics & Magazines\Books". The seller is "topos77" and is located in Koper. This item can be shipped worldwide.