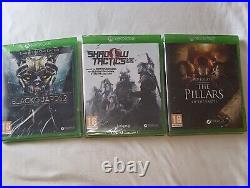 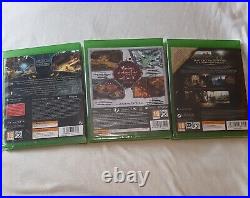 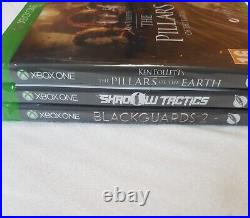 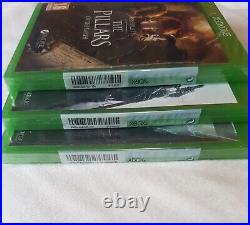 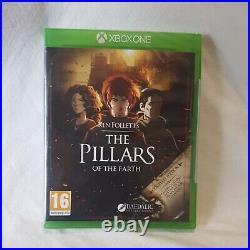 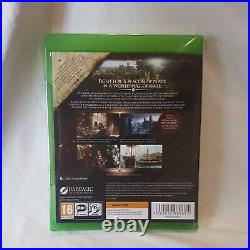 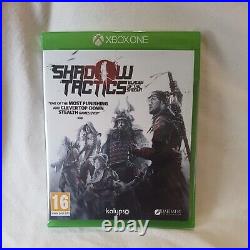 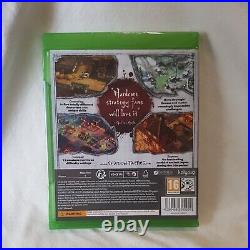 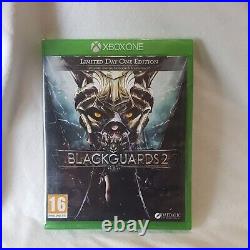 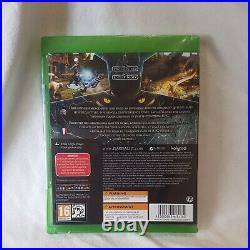 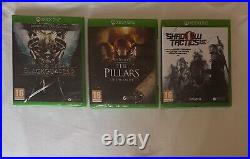 Complete Edition includes CHAPTER 1 - 7 and access to all additional chapters. Fight for a beacon of peace in a world full of hate. 12th century England in a time if poverty and war a small town Begins the construction of a cathedral to claim wealth and safety for its people in their struggle to survive lives and destines intertwine.

Based on Ken Follets world bestseller the pillars of the Earth retells the story of the village of kingsbridge in a whole new interactive way play as Jack aliena and Phillip and change the events of the book through exploration decision making and dialogues. Follow an epic of war conspiracies and romance spanning over 30 years change events from the novel and influence the fates of its characters. Shadow Tactics: Blades of the Shogun (2017) (16).

Hard-core strategy fans will love it. Control up to 5 totally different characters with unique skills show strategic finesse and master seemingly impossible challenges conquer 13 missions over 3 difficulty settings explore the fascinating world of ancient Japan during the edo period. (Day One Edition) (2017) (16). Includes digital art book & soundtrack. Hire ruthless mercenaries and build an invincible army to command in turn based hexfield battles experience a gritty revenge story and influence the ending through decisions in this epic tactical rpg. Ken Follets The Pillars of the Earth.