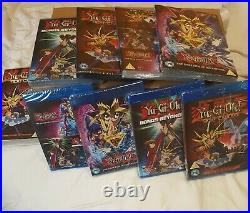 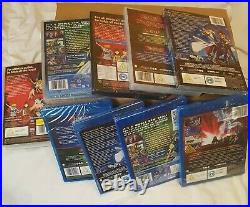 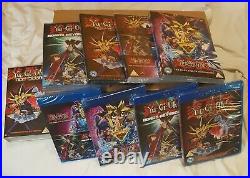 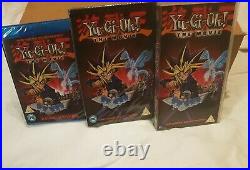 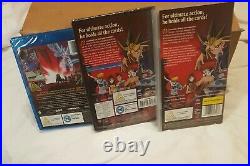 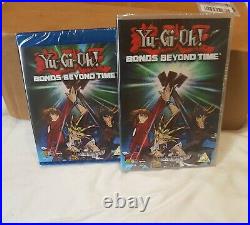 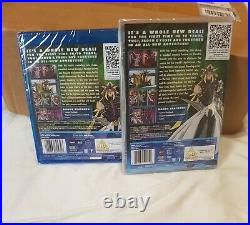 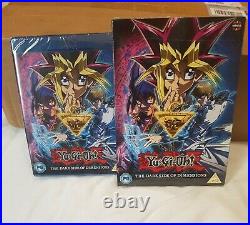 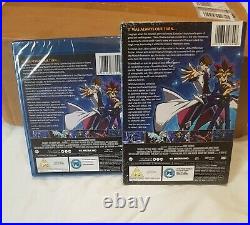 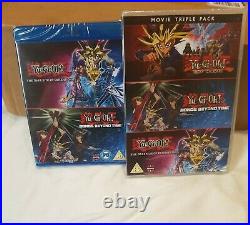 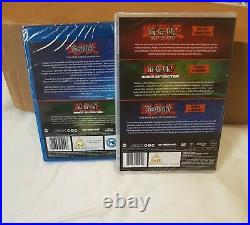 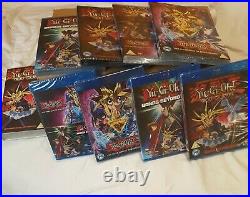 M7 Entertainment - The Home To Entertainment. Out of Print Only a Select Few in the World Ultra Rare. Yu-Gi-Oh The Movie (2004) (PG). For the ultimate action he holds the Cards.

My monster can beat your monster or can it the duels strategies lore and flat out fun of the hottest trading card game around supercharge this first ever movie inspired by the popular Yugioh Games comic books and tv series. Heroic Yugi squares off against archrival kaiba in an adventure even more dangerous when the imaginary monsters in their playing cards become feriously real and when an old evil enters the fray who will win this ultimate Smackdown whatever you are a novice duelist or a Proffisonal You will want to watch and find out. Yu-Gi-Oh: Bonds Beyond Time (2010) (PG). It's a Whole New deal for the first time in 10 years yugi jaden and yusei are together in an all New adventure. With his world crumbling into chaos a masked menace known as paradox travels into the past to eliminate the source for his worlds destruction the duel monsters card game standing in his way are 3 legendary duelist who will do whatever it takes to save what's on the line their friends their family and the game they love for the first time ever yugi jaden and yusei will team toghther and battle with all their hearts in a duel that will decide the past present and future.

Yu-Gi-Oh: The Dark Side of Dimensions (2016) (PG). It was always our turn. Long ago when the pyramids were still young Egyptian kings played a game of great and terrible power these shadow games erupted into a war that threatened to destroy the Entire world until a brave and resourceful pharoah locked the magic away imprisioning it within the mystical millienium items.

Centuries later a boy named yugi muto unlocks the secrets of the millienium puzzle infused with ancient magical energies he summons forth the spirit of the pharoah from eons ago for destiny has chosen him to defend the World from the return of the shadow games. Teamed with an eclectic group of loyal friends against an extraordinary array of formidable foes yugi and the pharoah together battle to defeat forces of unimaginable evil they ultimately succeed and prevent the World from plunging into Darkness forever. And thus the Story came to an end until now.

Sides on VHS Tape Sealed packaging coming off. Marks and Scratches on Back of yugioh dark side of Dimensions DVD packaging (×1).

Marks and Scratches on Front And Back of Factory Sealed Packaging. M7 Entertainment - The Home To Entertainm. This item is in the category "Films & TV\DVDs & Blu-rays".